Who and What Were the Nephilim?

Genesis 6:4 - 4 The Nephilim were on the earth in those days, and also afterward, when the sons of God came in to the daughters of men, and they bore children to them. Those were the mighty men who were of old, men of renown. 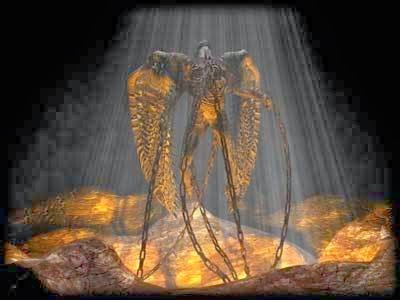 The Lord spoke to Moses and told him to send one son from each of the tribes of Israel to go as spies into the land of Canaan. After 40 days of exploring the new land, the spies returned to give a report to Moses and Aaron. The spies reported the good news that land was flowing with milk and honey. They also reported some bad news -there were giants in the land! They saw the Nephilim and they feared them.
Who were the Nephilim and why did God’s people fear them?
The Nephilim are one of those intriguing mysteries of the Bible. The existence of the Nephilim is first revealed in Genesis 6:4. The Nephilim are introduced prior to Noah and the great flood. The implications are that the Nephilim and their offspring were evil and the earth needed to be cleansed of them.
Despite the flood wiping out everything on earth, the Nephilim supernaturally reappear and become an obstacle for the Israelites. Causing them to disobey God for not taking possession of the land.

There Were Giants in the Land

Theologians have been debating since the first century of the early church as to what the Nephilim were. Some consider the Nephilim to be nothing more than a race of mighty men. The late, Dr. J. Vernon McGee, in his classic radio series, Thru the Bible, held the opinion that the Nephilim were merely men.

These were not monstrosities; they were men. The record makes it clear that the giants were in the earth before this took place, and it simply means they were offspring of outstanding individuals.[1]
Another age old argument is that the Nephilim literally are a race of giants. Encounters with giants occur throughout the Old Testament. The most notable giant being the Philistine Goliath could very well have been a descendant of the Nephilim.
Other giants appeared in the Old Testament, the Rephaites (Rephaim), the Anakites (the sons of Anak are a part of the Nephilim, Numbers 13:33), and the Zamzumites. In the book of Genesis, chapter 14, the War of the Kings, King Chedorlaomer and the kings that were with him defeated the Rephaim, the Zuzim and the Emim. Deuteronomy 2:10 describes the Emim as people as great, as numerous, as tall and as powerful as the Anakim (the offspring of the Nephalim). These race of giants were all genetically related.
Deuteronomy 2:11 - 11 Like the Anakim, they are also regarded as Rephaim, but the Moabites call them Emim.
The significance of this battle with the kings, in the book of Genesis, reveals that the Nephilim were roaming the earth at the time of Abraham. Reading the scripture as the infallible word of God we have an enigma on our hands. In Deuteronomy, we have King Og, the last of the remnant of the Rephaim, who had a burial bed 13 1/2 feet long (9 cubits x 1.5 ft/cubit = 13.5 feet).
Deuteronomy 3:11-11 (For only Og king of Bashan was left of the remnant of the Rephaim. Behold, his  bedstead was an iron bedstead; it is in Rabbah of the sons of Ammon. Its length was nine cubits and its width four cubits by ordinary cubit.)
The question arises, where did these giants come from?

The Sons of God and the Daughters of Men

Accepted Belief in the Antiquities

Can Angels Procreate with Man?

That is the question of which we’ll never receive a true answer to until we go to our glory and sit through the new arrival 101 presentation in Heaven. From an earthly stand point and from the frontlines of battle in our ministry – I do believe this is possible. Our ministry has been involved in ministering to satanic ritual abuse survivors and people dealing with incubus-succubus (raping demon) manifestations. It is through these ministry experiences that I know demons are a part of rape, oppressive spiritual rape and ritual rape. In these cases, demons manifest and rape individuals. A female looking demon, a succubus, can collect genetic material from a man. Demons can manipulate DNA, look at horrific illnesses and cancer. Angels under Satan possess supernatural God given wisdom beyond the scope of our brightest men. What we Christians don’t consider is not if this can be done, but how horrific it is when it is done. In ritual abuse, some women are used as nothing more than breeders. The raping by demons is violent and is commonly done on children during these rituals.

Demons and the Nephilim

There are several common beliefs out there as to the origin of demonic spirits. I strongly subscribe to the belief that the demons are in fact fallen angels who rebelled with Lucifer. However, there are theologians who believe that demons are the disembodied spirits of the Nephilim that died in the great flood. Those who subscribe to this belief cite the book of 1 Enoch.
1 Enoch Book 1 Ch 15 - 8 And now, the giants, who are produced from the spirits and flesh, shall be called evil spirits upon 9 the earth, and on the earth shall be their dwelling. Evil spirits have proceeded from their bodies; because they are born from men and from the holy Watchers is their beginning and primal origin;  10 they shall be evil spirits on earth, and evil spirits shall they be called. [As for the spirits of heaven, in heaven shall be their dwelling, but as for the spirits of the earth which were born upon the earth, on the earth shall be their dwelling.] 11 And the spirits of the giants afflict, oppress, destroy, attack, do battle, and work destruction on the earth, and cause trouble: they take no food, but nevertheless  12 hunger and thirst, and cause offences. And these spirits shall rise up against the children of men and against the women, because they have proceeded from them.
The late Dr. Tom Hawkins, of Restoration in Christ Ministries, where he and his wife Diane, have made incredible contributions to the ministry of Satanic ritual abuse survivors and ministering to dissociative identity disorder, did a significant amount of research on the topic of the Nephilim spirits being demons. In Dr. Hawkins work on Cosmic Hierarchy, he writes,
We began examining the whole concept of two realms of spiritual beings. One was the usual demonic realm, which seems to include the lower level spiritual beings. Another was the higher level fallen angels, called celestial beings in Jude 1:8-10 (NIV). Over time we have begun to understand that celestial beings are a subcategory of the overall designation “cosmic beings”. While, admittedly, we don’t know the origin of demons, I now believe they are not “fallen angels”, but more likely the offspring of the Nephilim.[6]
The theological argument that follows here, and Dr. Hawkins addresses it subtly, is, who are the principalities, powers, and rulers with Satan? We now have two distinct spiritual beings. Terry Law, comments on this in his book, The Truth About Angels,
The only explanation that fits all the facts seems to be that some fallen angels transgressed by not only by taking on human bodies –as we know fallen angels sometimes do- but by operating in all the functions of those bodies, including sex. This transgression was much worse than even rebelling against God that they were chained in darkness before the flood or at the time of the flood.[7]
Like other magnificent mysteries of the Bible we’ll have to wait for our Glory 101 New Arrivals class in Heaven to get all the answers we now seek. I am sure the early church were having the same Theological arguments.  God is sovereign and doesn’t owe us an answer. Just remember, it is the glory of God to conceal a matter; to search out a matter is the glory of kings!

For further reading on the topic of spiritual warfare get your copy of,
A Field Guide to Spiritual Warfare - the Power to PULL the IMPOSSIBLE from the HEAVENLY REALMS