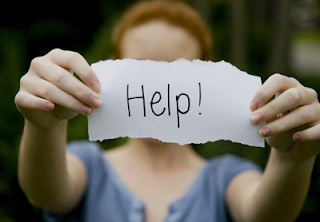 Back in mid-December, my father sent me a link to an article in the Sacramento Bee ‘Spiritual warfare,’ ‘demonic attacks.’ The role religion played in home for sex-trafficking victims . The article referenced the Courage Home in Sacramento that is a safe house for teens from sex-trafficking. The Courage home voluntarily shut down in August 2016, from citations and violations that stemmed from a what a appears to be taking in a Satanic Ritual Abuse (SRA) survivor.

This article paints a picture of a horrible condition that many in the ministry of working with severe trauma survivors have known about and the mainstream church refuses to accept.  This article provides a good outline that I can reference and draw points from on how to handle these difficult cases.  Please note that ritual abuse survivors commonly show up at the doorstep of safe homes.  When I receive a call for assistance, it is usually from a Christian safe home requesting an exorcist. By the time I am called, a major disturbance has already been taking place for the past several days. The person of the home seeking help has already been passed around like a hot potato from church to church. Churches don't touch exorcisms. Which is a good thing, because a real exorcist must discern whether the situation is diabolic, mental health, or a fractured soul (SRA). Let's pick up with the story from here from the Sac Bee article,

"Two weeks before the voluntary shutdown this year of Courage House, a licensed group home for young sex-trafficking victims near Sacramento, a ritual was performed on a teenage girl."


"According to findings in a state investigation, the girl’s forehead was anointed with oil, a religious verse was recited, and the teen was told she would have to be a Christian, or at least denounce Satan, to continue living in the home. Crosses then were handed out to the other girls to wear."

First of all, anointing a person's forehead with oil is not a ritual. It is a prayer for protection. If a Roman Catholic priest held a mass for the young girl and read from the Rite, then it would have been a ritual.

What is going on here is basic deliverance prayer. Not a ritual. We are not told either if the girl in this situation, accepted Jesus as her Lord and Savior, on her own. The tone of the author appears to be anti-Christian, with deliberate removal of key facts from this story. What the reporter is unaware of in cases like this are multiple identities involved with a ritual abuse survivor. The person in question, who is clearly a survivor, has 100s to 1000s of identities, from their horrific past in ritual abuse. What happens during prayer, there is a person we call the primary presenter, who is the person who lives out most of the daily life of the shattered individual. The article did not state whether the person referenced had a primary presenter we call a Christian Host. This is the primary identity who on their own volition, accepted Jesus Christ as their Lord and Savior. Because the survivor is aware of the deep struggle with darkness going on inside them, they are fully aware of the heavenly battle we are all born into.  It's not uncommon for the Christian Host to request deliverance prayer to shut down the diabolic voices that are attacking them.  They are capable of sorting out the demonic voices from their own internal identity voices. Because of the ritual abuse identities, a person will switch out and into what we call an occult loyal part, will surface. Occult loyal means that it's an identity that is still bound to the demonic and the occult. It will summon powers from the occult and use it against the people praying. In this case, the people praying with the survivor will experience something like immediate and intense severe migraines. Or some weird form of discomfort. This identity will be triggered to stop the Christian Host from receiving prayer. That was a lot of information unpacked from just two simple paragraphs in the article.

During the deliverance prayer, one of the occult identities was triggered and switched in. A switch is a swap in consciousness, where a different identity is now consciously present and in charge of the decision making. When an occult loyal identity is triggered, they want nothing to do with Jesus. Let alone accept Him as their Lord and Savior. A deliverance prayer session would have tried to get this part to renounce Satan and accept Jesus.  This doesn't work!!! The problem here is that deliverance is popular in church today, but very few understand what they are doing in it. We are living in darker days with a rise in occult activity. Basic deliverance ministers are essentially canon fodder to high-level occult practices. Not because God isn't strong enough, it is because the deliverance ministers are doing it WRONG!!!! The high-level occult is not fought with low-level demonic deliverance ministry.

The moment a safe home like this suspects they have an occult survivor, they need to get a hold of a ministry counseling team that understands dissociative identity disorder and ritual abuse. A survivor of severe trauma requires a magnitude of years for inner healing from their occult ties and trauma. In the Potter's Hands (San Francisco Bay Area), CARE (Michigan), and Restoration in Christ Ministries (Virginia). Charismatics will attempt to take the survivor to a healing session for prayer. This doesn't work. And there is a long story why. Not for here.

Let's move on with the article, it's a treasure trove of misinformation.

“There was never any pressure given, or ultimatums discussed with her,” wrote former program director Melissa Herrmann and clinical director Angela Chanter, who participated in the episode. “She was told she could not perform human and animal sacrifices, or drink the blood of any person there, but she was never told she could not worship Satan nor was she told she had to become a Christian.”

"The clash underscores the tension that can arise between faith-based service providers and government officials – each held accountable for the health and safety of vulnerable clients."

Here's where the social services are completely oblivious to the living hell an occult survivor is going through. Satanism is not the faith of choice of a survivor. They are fleeing from Satanism. The 1000s of identities inside feel they need to sacrifice or do something satanic, otherwise, another internally programmed part will cause them to relive a horrific pain or a rape. These are memories of rape from their own family members in these rituals. Thousands of identities were created in this person solely for the purpose of participating in dark rituals. They are mind control, programmed slaves!

Helping the woman in question here build up her faith in Christ is a matter of self-defense. Ritually abused survivors also have parts programmed to end their lives if they don't return to the coven. These souls are fractured and are programmed to be robots in satanic rituals. This is not a faith tension going on between choosing Christianity and Satanism, it is an internal living hell struggle with the soul that is fractured. Furthermore, regarding allowing the identity to practice Satanism, we don't let the occult parts to practice their craft because they summon more demonic spirits. As a side note here, if there is no Christian host present, you need to patiently work with the individual to build one up inside. If they have no interest whatsoever in being saved, you can't deliverance them into being saved. Sorry! That doesn't work. You can love the individual and work with them to make life choices about living in your safe house. If they don't abide, then it's their choice. Relocate them to another place where they feel they will get help. You must understand where they are at in their desire for help and healing. If they don't want help, then they are adults and they haven't arrived at the conclusion that they want to be healed. This is where over zealous Christians get the rest of us in trouble. Always respect free will. Jesus does!

The problem is, it's near impossible to build a faith-based home to house these survivors. From a government or state funded perspective - you are dealing with the supernatural! It takes a specially trained team of counselors, spiritual directors, and life coaches, to successfully restore these shattered souls. I know my team is looking for such a home in the bay area for our own healing efforts so we can rescue women in this seemingly hopeless nightmare. If you are in the Sacramento area, I say donate to the Courage House and help them out. In fact churches in that area should be surrounding them and blessing them financially. That is a house of deep inner healing! The ritual abuse survivors are trafficked children the church doesn't care to deal with. The church is into rescuing children, but it takes more to rescue a child than to merely get them into a safe house. The years of trauma and hell from their nightmare needs to be healed. The church likes the social media aspect of rescuing the trafficked. But they don't want to get their hands dirty in the very long healing process. Sad but true. I personally work full time at a day job and minister in the evenings. We receive donations from people who understand the battle we and the survivors are in. In our ministry it's a day to day struggle helping these amazing Christian souls regain they're wholeness. But they're doing it.

It's a whole different and deeper level of spiritual warfare. This is a level of darkness beyond the basic believer's comprehension. I once had a pastor tell me to stop scaring the people in the church with my testimonies about ritual abuse. The church needs its own re-awakening on the darkness we are now in with spiritual warfare. Any ritual abuse survivor that is rescued and brought into a home it becomes a spiritual war zone. It is not unlikely, from my experience, that the occupants of the Courage Home also saw the spirits that were summoned. So as you put the pieces together it's not so crazy what the Courage House tried to do, they just didn't have the right tools to fight the unseen darkness. I am pretty sure the Courage House did what they did because in this battle - they were alone!


Get your very own copy of A Field Guide to Spiritual Warfare!